An iOS media streaming application written for a tier one telecoms client.

Mobile TV is an iOS media streaming application used for watching television programs and movies. It provides a sophisticated interface for finding content, scrolling and swiping through large EPGs (electronic programming guides) and for viewing live and recorded content.

Instil was hired by North American telecoms giant to assess the codebase of their iOS mobile TV application (iPhone and iPad). It was apparent from reviewing the existing codebase that poor code quality was making it difficult and costly to implement new functionality, and it was also the cause of poor application stability. Instil was subsequently commissioned to rewrite the application form the ground up, with a focus on maintainability, stability and performance.

The timing of the release of the iOS client was key to its success. Whilst the iOS application was being re-written its Android equivalent was undergoing further development. Instil were tasked with delivering the iOS application within a 10 month timeframe in order to tie in with the next Android release.

There was little margin for error and it was imperative that the release addressed the stability issues that had plagued prior versions of the application. 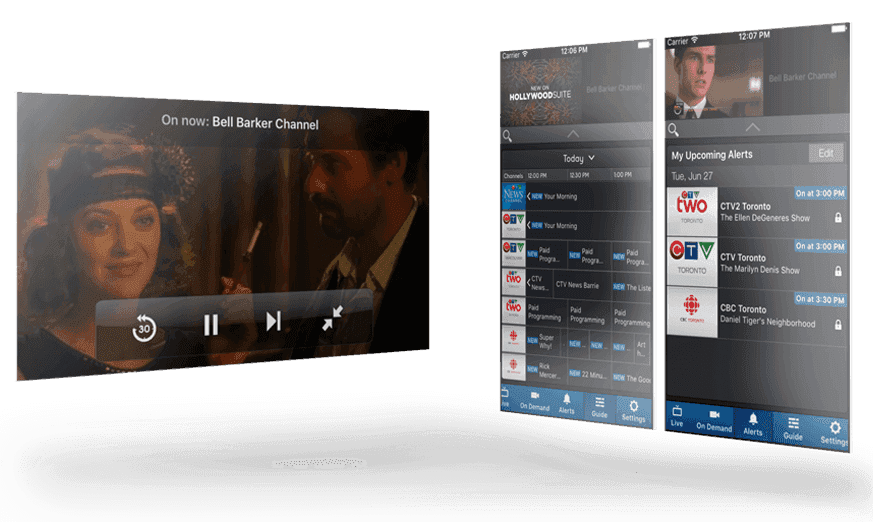 The team set about redesigning the application from the ground up, building on top of a solid core platform that handled the many nuanced and complex issues related to streaming, location, image quality, broadcasting rights across networks and so on.

Written in Objective C, the software was underpinned by a robust, event-driven architecture and a large suite of automated tests (Calabash). The application was downloaded by many 100s of thousands of users, and was in active usage by 10s of thousands every day.

The application was successfully designed and delivered inside required 10 months. The client was absolutely delighted by the dedication and expertise of our engineering team, and the robustness of the final product. To quote the product owner:

Your team is perhaps the most talented vendor that I’ve ever had the pleasure to work with. You’ve been pleasant to work with, have always delivered on time and with the highest level of quality. Your commitment to fully partner with our team has helped us to evolve how we do development, how we think about our business and how we organize ourselves for success. We are a better team because of Instil.