'victor' is a market-leading suite of hardware and software products developed by American Dynamics (Tyco) and used to manage complex security infrastructure such as surveillance cameras and access-control devices.

The aim with victor Go was to provide similar functionality to an existing desktop-only web client. At a bare minimum, it had to support up to 9 concurrent high-definition CCTV camera streams, without any degradation in image quality and without killing the battery stone dead.

Porting the 'victor' web experience to mobile was never going to be a lift and shift - existing RTP/RTSP streaming libraries were found to be highly inefficient on mobile devices, affecting both the number of possible concurrent streams and the battery life. A radical new approach was required - one designed specifically for mobile.

The key goals of victor Go were to:

The secret sauce behind the app, the trick that enables efficient streaming and decoding of multiple camera feeds, was a bespoke library called Surge

Developed by the Instil team, Surge is standalone C++ library that reliably and efficiently streams video content over RTP/RTSP, built on a set of principls borrowed heavily from the world of high performance computing to reduce context switching and increase throughput.

As an aside, Surge is now used heavily in the home automation space, where we work with one of the world's largest home automation companies. It is especially useful in low-power, constrained MCU environments. 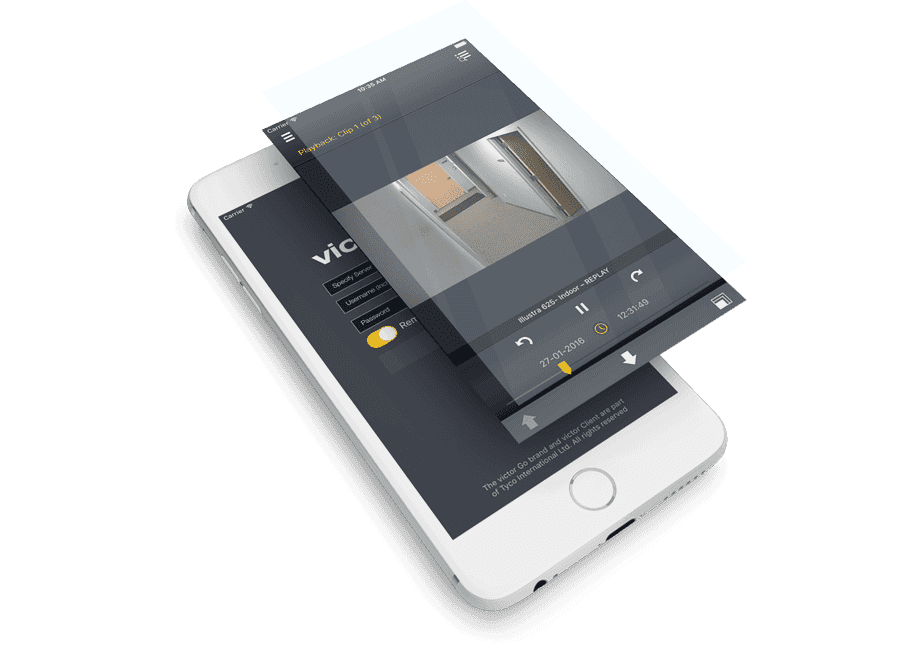 Instil’s passion to use their expertise and talent to create a platform that is robust, user friendly and customised to our specific requirements has created an exciting opportunity for our organisation to launch something new and innovative to the marketplace

More about this client

American Dynamics and Tyco are now part of JCI, is a global company that creates integrated systems for smart cities and communities. We continue to support their innovation ambitions.