Last week the Instil crew lined up some team ra-ra with the three elements of life: food, beer and sports. The plan was simple; destroy some pizzas, play some crazy golf, and, optionally, sink a couple of beers.

So you think you are somebody

In the lead up to the day there was a lot of trash talking being done. I mean, crazy golf is a serious business. The potential to go pro on the PCGA tour and earn the big bucks is everybody's dream. Whilst pride was at stake for the whole team one match up stood out. That was the head-to-head between Jordan 'Speith' Colgan and Rich 'McIlroy' Bell. Jordan, who started his Instil life as Richard's apprentice, seemed to feel that the time had come to put his elder out to pasture. Richard had other ideas so a large prize purse (one boojum of your choosing ) was agreed between both parties.

All athletes know that the best preparation for any sporting endeavour is to eat pizza. To that end we lined up a sitting in Pizza Punks so that everybody could fuel up on the key nutrients. Pizzas dressed as Cheeseburgers and Ulster Fries washed down with punk rock classics from across the decades was a great choice for a pre-match meal.

It all went wrong at Amen Corner

All eyes were now focussed on The Lost City Adventure Golf. The crew split into two teams led boldly by Matt 'Kuchar' McComb and Richard 'McIlroy' Bell. The marketing department had thoughtfully provided snazzy golf outfits for the captains to be sure that everybody knew who to take their cue from.

The Speith McIlroy match started as expected with each man matching putt for putt. Then at hole 5 Jordan had a hole in 1 for first blood. Not to be outdone Rich struck back at hole 6 with a hole in 1 to bring it back to all square. On hole 8 Rich managed another glorious hole in 1 to take the lead. This seemed to be the turning point in the match as at the start of Amen corner Jordan had a mare with a six shot disaster to go two down. The writing was now on the wall for young Colgan and as the pressure mounted he couldn't stick with the ice cold putting of 'McIlroy' who finished him off 4 and 3. In the other key match of the day 'Kuchar' McComb led from the front to finish on the joint second lowest score. Alas it was too little, too late and the Bell led team edged the match.

Back in the club house in the Lost City everyone cracked open a few mango drinks whilst dissecting the match. The real athletes headed home at that point to get into their compression socks and start the recovery process whilst it's rumoured that others went to a well known sports centre in the cathedral quarter for some intense refuelling. 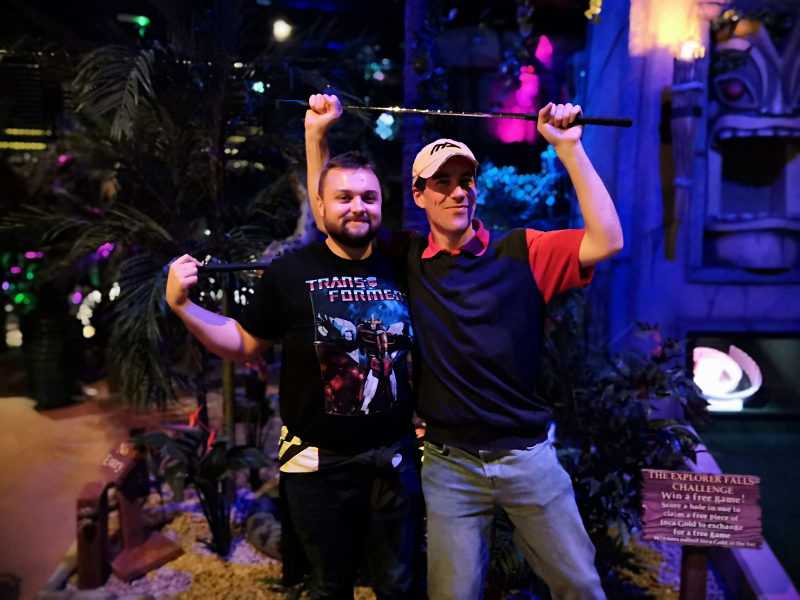