On the 12th September I had the honour and pleasure of attending and presenting at Kats Conf 15 – a one day functional programming conference in the centre of Dublin. The conference was organised by Functional Kats, a meet-up for anyone interested in Functional Programming (FP) based in Dublin and now also Belfast.

The day began with a crushing disappointment. The 8am Enterprise train to Dublin had failed and been replaced with a regular NIR service, thereby depriving me of the bacon and cream cheese bagel (plus coffee) that I was counting on to wake me up and help me finish my talk. Instead I obtained a Twix from the snack trolley that sucked a filling out of my back molar and had me spitting lead. So far so disastrous.

On arrival at the conference my luck turned. Intercom on St Stevens Green is a very very nice location. Any company that has Watchmen wallpaper in their on-site bar (complete with pool table and retro video console) gets major points in my book :-) 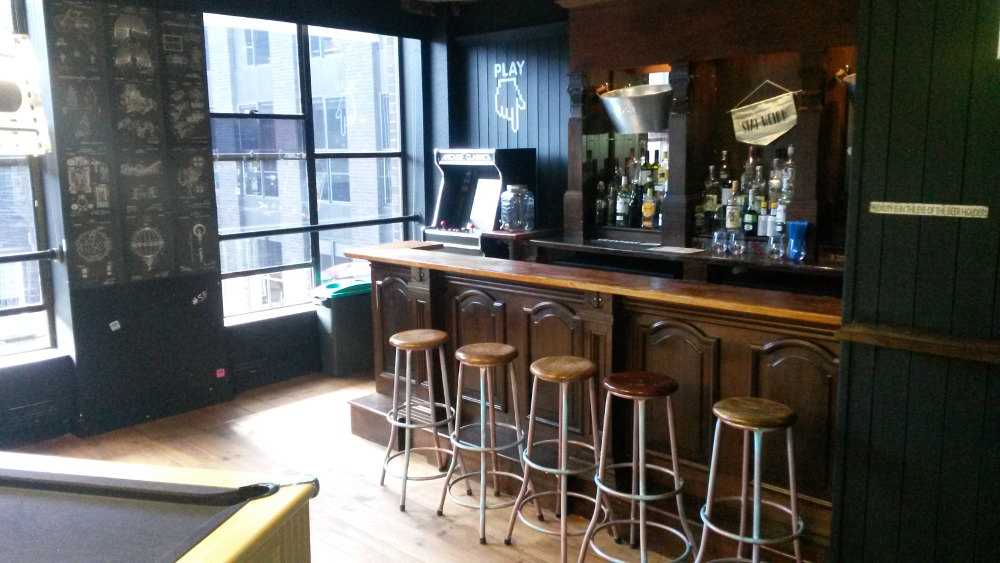 ___The Break Room at Intercom, Dublin___

I had arrived too late for Joe Armstrongs opening keynote, but I understand he did a stellar job as usual. The man is a national treasure, although something akin to Banquo’s ghost for other presenters. I checked with fellow speakers and confirmed he has the mutant ability to walk into your talk just as you’ve said something particularly stupid…

Fortunately I was in time for Edwin Brady’s talk on Idris. I have been meaning to get into Idris and Type Driven Development for some time and this was just the kickstart I needed, although after 10mins I was really feeling the lack of that bacon bagel. It was a great talk and helped convince me that TDD is the new TDD, so I bought his book and am currently trying to wrap my head around Dependent Types.

After a very tasty buffet lunch my workshop was up, so I didn’t get to attend any of the afternoon talks. I was trying to generate a debate rather than giving a tutorial, defending the thesis that ‘Scala and Clojure are simpler than Java 8’ against all comers. Unfortunately all but one of the attendees agreed with my proposition in advance, so it was a won cause from the beginning :-)

We still had fun working through a series of micro-katas and discussing the pros and cons of ‘the devil you know’ verses ‘the next big thing’. We were done in time for me to catch Amanda Laucher’s talk on Types Vs Tests, which for me was the highlight of the conference. She went into great detail about how Type Driven Development can compliment Unit Testing and gave examples of how strong guarantees from the compiler leads to safer implementations, fewer tests and less code. The main space was packed and the talk was very well received.

After the concluding lightning talks it was on to the cheese and wine. Instil sponsored the cheese board so I helped with setup (i.e. snarfed some gorgeous stilton) while conference organiser Andrea made sure the drinks were up to scratch. I left for the last train just as the party was really kicking off, but I’m confident a good time was had by all. 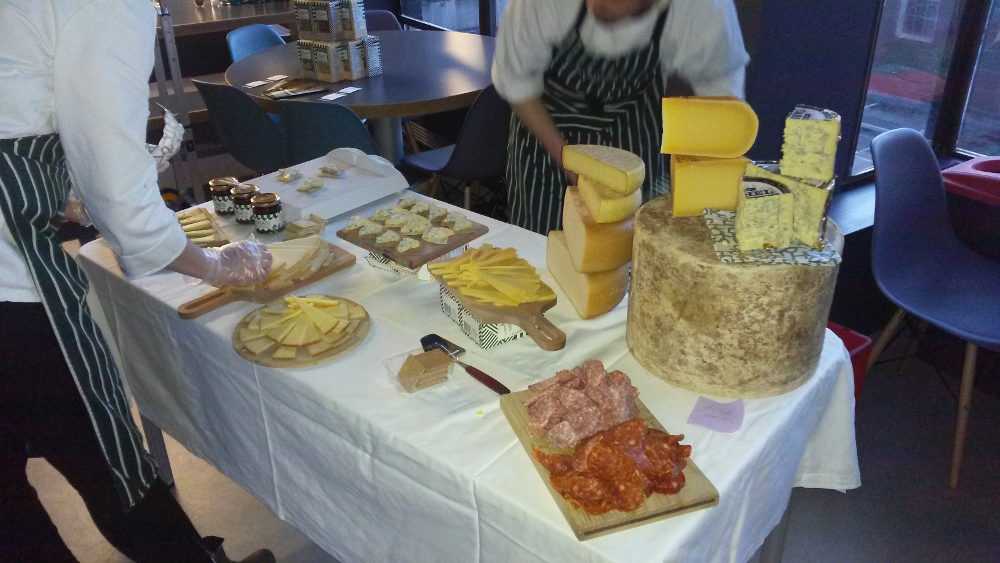 So in summary a great conference, especially for the extremely low price. There are rumours that ‘Kats Conf Will Return’ sometime in 2016, so if you have any interest in Functional Programming I heartily recommend it.