This year the team voted on mountain biking for the annual summer outing. After assessing the team’s power to weight ratios and bike handling skills the sports director determined that Castlewellan would be a suitable destination. The plan was to shave our legs, apply the false tan, then meet at the Life Centre for a sports cappuccino before setting out to conqueror the trails.

Traditionally one team member has a lot of issues with reading the correct time on a clock so this year we all arranged to meet them at 10, but this was followed by a coded signal to actually meet at 10.30. It seems that the subterfuge worked and come kick off time a motley crew of nine men assembled at the trail head to go into the wild. 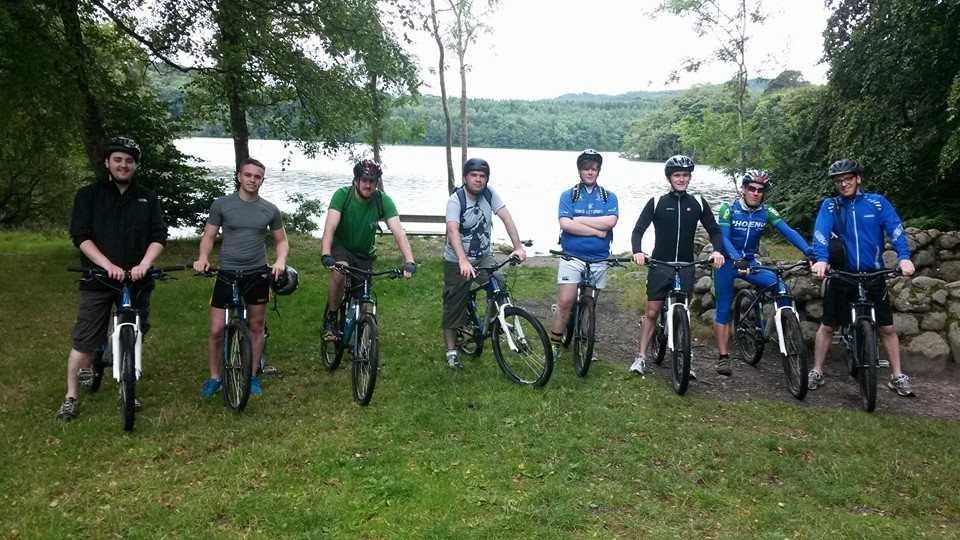 Fine looking men on their steads

The trails in Castlewellan could be described as rolling with a few sticky bits. Even with their relative mellow nature the ride turned into a bit of last man standing affair with fatigue and injury casualties dropping off bit by bit to leave only the ‘invincible’ five coming out onto the last nasty rock garden at the trail finish and promptly falling off.

Of those that had to retire early Ross had the most eventful day. Firstly he punctured only to appear with the tube bizarrely wrapped around all the bits of his bike, bar the wheel. This was promptly followed by what he describes as a spectacular face plant. There was blood on his pedal which makes it that little bit special for me.

After cleaning up we retired to McHughs in Newcastle for a spot of late lunch and some brogrammer fives. Roll on next year.